View to Kaipara Harbour from Scenic Lookout carpark.
Kaipara Harbour is the largest harbour in NZ with an area of 950 sq km (at high tide) and a coastline of 800 km length.
It was formed in the last 2 million years by the growth of sand barriers across the Kaipara Bay.

View NW over southern Kaipara Harbour. Yellow cross is location of Kaipara Harbour Scenic Lookout.
3 million years ago, the west coast of Auckland-Northland was embayed with two large bays - Manukau and Kaipara separated by a Waitakere peninsula. In the last 2 million years: 1. the eruption of Mt Taranaki and it's predecessors; and 2. the eruption of numerous large volcanoes in the centre of the North Island, have resulted in a large increase in sediment/sand being supplied to the west coast coastal sand system. This excess sand (particularly after large eruptions in the centre of the North Island around 1.2-1 million years ago, around 300,000 years ago, and in the last 25,000 years) has been moved progressively northward up the coast by longshore drift. Some of this excess sand was thrown up as large sand dune barriers across the mouths of the Manukau and Kaipara bays creating New Zealand's two largest harbours.
Some of the sand continued northwards and built the sand spit that links North Cape to the rest of Northland. As the sand moved northwards the less robust grains (titanomagnetite, feldspar) have been lost through abrasion and weathering and primarily the hardest and most inert grains (white quartz) have reached furthest north. 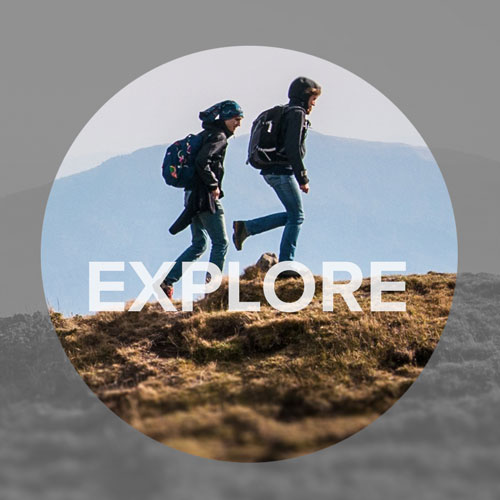 Stand here and look west and imagine what the view looked like 3 million years ago before the South Kaipara Peninsula was built.
The Kaipara Harbour was formed in the last 2 million years during the Ice Age cycles when sea level was going up and down with the climate. High when warm and low when cold. For 80% of this time sea level has been significantly lower than today and there would have been no Kaipara Harbour. Can you imagine what the view from here would have been like just 18,000 years ago at the peak of the Last Ice Age when sea level was 130 m lower than now?
In the last 1 million years there have been 10 times when there was a Kaipara Harbour, each time separated by long cool periods when the harbour was a forested valley system. Try and imagine this.
-36.5853950538296
174.488234817982
Directions/Advisory

Be aware of vehicles moving in the carpark.